San Francisco: One City. One Challenge 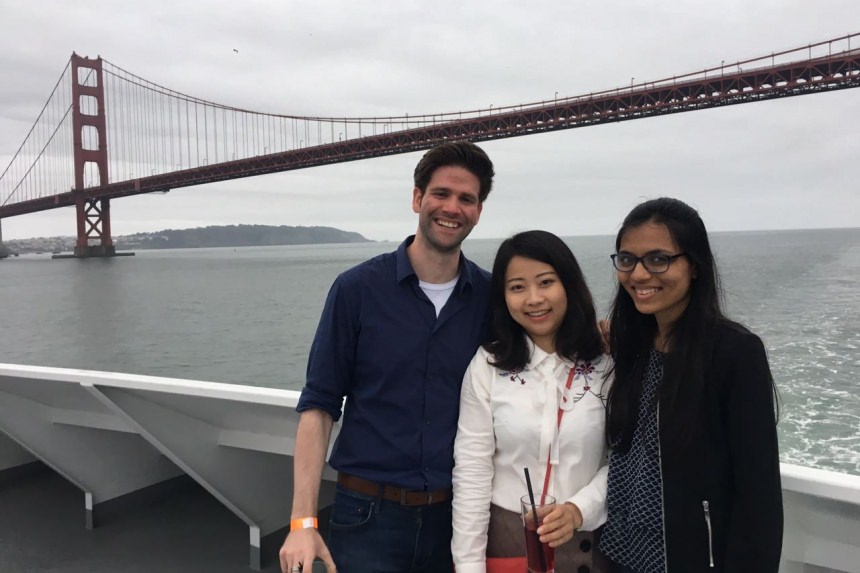 A Journey of the HHL Negotiation Team to North America

The Negotiation Challenge was inspiring to represent the HHL Leipzig community in the global competition. We carried with us the responsibility of representing our school, and loved the faith the school and Alumni Association placed in us as competitors. HHL Leipzig founded the Negotiation Challenge, and got us to North America. The Alumni Association endorsed our team and believed in our cause through and through.

Believe us when we say there are defining moments during your MBA program where you truly find your passion and purpose. For all of us that moment arrived when we received confirmation that we would be attending The Negotiation Challenge in San Francisco. Regardless of the material covered during an MBA program, one skill that is always necessary is negotiation—and all of us were about to get a massive dose of experience.

We arrived in San Francisco at the beginning of April, a few days before the challenge. Following a regiment of practice negotiations during the early part of the day, it became a mission to also explore the culture of a city unfamiliar to us all. During that time we experienced an unconstrained amount of time to bond as a team while we saw many of the sights that San Francisco is best known for—like Alcatraz, Fisherman’s Wharf, and Pier 39.

However, by April 5th the Negotiation game began. We had already experienced our first round of negotiation against Harvard, through Skype, but the 5th was an opportunity to finally meet all of our competitors from seventeen other international schools, on a cruise around the Golden Gate Bridge and Alcatraz Island.

It was on April 6th that we had our first taste of competitive negotiation at a live venue, Zynga headquarters. Our objective could only be compared to as the speed dating of negotiation. We had five rounds of negotiation, each to be completed in five minutes. The pressure was high on all the contestants. The adrenaline was coursing through our veins, hands were shaky, and offers were firing quickly trying to determine the best course of action to creatively and advantageously come to a conclusion before the clock ran out.

I believe this feeling of adrenaline was present during our entire time through negotiation. We faced off against many great opponents between schools from Mexico, Iceland, Columbia, and many more. One of our staunchest opposing teams came from Greece.

From the quick-fire round, we were left without the time to develop trust with Greece’s team. The impact was obvious when we faced off in a negotiation as union representatives and corporate management in the third round of negotiation. A fundamental point within negotiation that requires relationship building is attempting to reach a point of trust, and clarifying what is important. While there may be an undercurrent of doubt about both party’s objectives, a creative negotiation cannot be achieved without identifying what is the most important matters to be discussed. However, we left the third round of negotiation having established a solid deal between our two parties, as well as the beginning of a new friendship.

The most important lesson was learnt during the 4th round against team Mexico. From the feedback we later on received from the judge, we three as a team demonstrated our cooperation and strengths as strong negotiators. However, we didn’t give it proper thought that in this round, value creation is more important than value claiming. It was not until this round that we realized the true meaning of a win-win negotiation. Winning our own conditions should never be our ultimate goal. This applies in the same way to real business world. To make a win-win business, we need to better understand what our counterparts needs, in order to create a deal that will have lasting value.

Unfortunately, in the final it came down to the school between America University and EADA Business School. We watched our competitors face off in the finals and took note of techniques that we ourselves could implement in future negotiations. Thus, for us the competition was a tremendous exercise in developing better strategies and techniques. The experience was entirely invaluable for our personal enrichment, but also in regards to networking and establishing friendships with many different students from all over the world. With future years, we can help keep the negotiation spirit stay strong at HHL, and we look forward to the idea of competing again.